Drone communication and its challenge

Drone communication refers to the various ways in which drones can communicate with each other and with other devices, such as ground control stations and other drones. This can include both wireless and wired communication, as well as the use of various communication protocols.

One of the main challenges with drone communication is the limited range over which it can operate. Currently, most drone communication systems are only able to transmit and receive data over a relatively short distance, typically within a few kilometers. This can limit the usefulness of drones in certain applications, such as long-range surveillance or disaster relief.

Another challenge with drone communication is security. As drones become more widely used, there is a growing concern about the potential for malicious actors to hack into drone communication systems and take control of the drones. This could be used to carry out attacks or to gather sensitive information.

Additionally, drone communication systems can be disrupted by interference from other wireless devices, such as cell phones or other drones. This can cause communication errors and loss of data, which can affect the performance and reliability of drones. 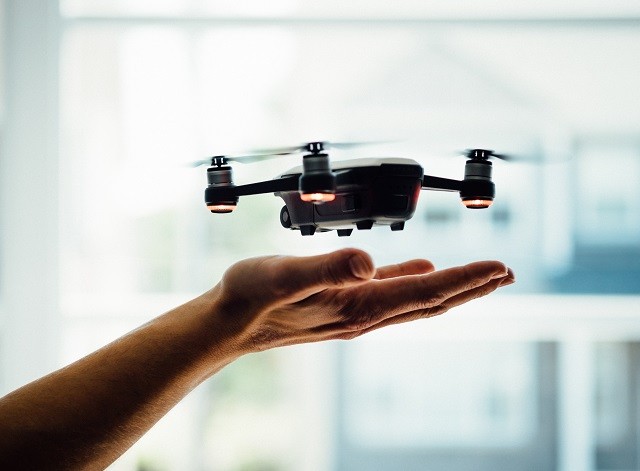 Drone communication technology is continuously evolving and improving. In the future, we can expect to see more advanced communication systems and protocols that will enable drones to communicate more efficiently and securely.

Some of the developments we may see in the future of drone communication include:

Collaborative drones, also known as swarm drones, are drones that are designed to work together as a group to perform various tasks. These drones are equipped with advanced sensors and communication systems that allow them to coordinate their actions and work together in a coordinated and efficient manner.

One of the main advantages of collaborative drones is their ability to perform tasks that would be difficult or impossible for a single drone to accomplish on its own. For example, a group of collaborative drones could be used to search for a lost person in a large area, or to inspect a complex structure such as a bridge or a building.

Additionally, collaborative drones can be more efficient and effective than a single drone because they can divide a task among themselves and complete it faster. For instance, a group of collaborative drones could be used to survey a large area, with each drone covering a different part of the area and then combining their data to create a complete map.

In the future, we can expect to see the development of more advanced collaborative drones, with improved sensors and communication systems that will enable them to work together even more effectively. This technology has the potential to revolutionize a wide range of industries, from agriculture and construction to search and rescue and environmental monitoring.