Cell Rover: Exploring and augmenting the inner world of the cell

The technology, named Cell Rover by the researchers, represents the first demonstration of an antenna that can operate inside a cell and is compatible with 3D biological systems. Finding a way to build an antenna of that size to work inside a cell was a key challenge. The research demonstrated that multiple Cell Rovers can be engaged, even within a single cell, to communicate among themselves and outside of the cells. “This opens up unprecedented opportunities for extremely precise diagnostics, therapeutics, and drug discovery, as well as creating a new direction at intersection between biology and electronic devices.”The researchers named their intracellular antenna technology Cell Rover to invoke, like that of a Mars rover, its mission to explore a new frontier. “You can think of the Cell Rover,” says Sarkar, “as being on an expedition, exploring the inner world of the cell.” 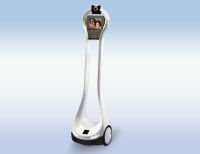 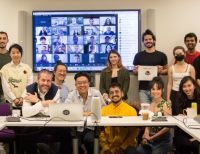 A global lab for teaching and practicing synthetic biology

Should we tax robots?