Remote sensing for agriculture is a hot topic. For over a decade it has been showing great promise, but unfortunately, it was long held back by price and complexity of use. Ignited by the impressive rise of commercial drones, it is expected to remain on this rapid growth path for at least the coming decade. Because of this, it is regarded as one of the major industrial development boosts in Agriculture since its mechanization in the 1950s. Dieter Kuesel, Yuneec Europe’s business developer, said: “ The Yuneec and DB2 partnership has resulted, not only in the release of the next-generation multispectral camera fully integrated, but it has also seriously raised the standard to an entirely new affordable multispectral camera.

Continue reading
The source of this news is from Yuneec 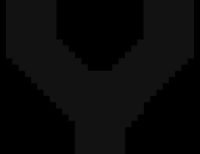